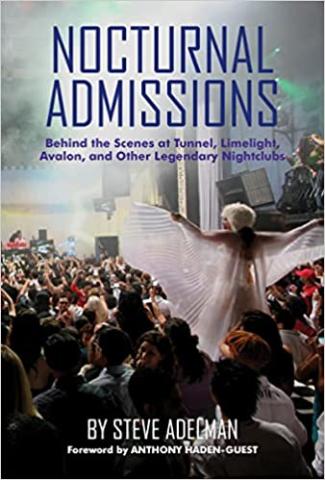 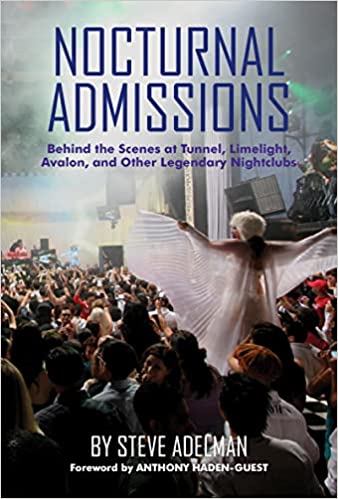 Don't forget about this event. Add it to your calendar.

Let your friends know about this event! Share it on social media.

Adults
Registration for this event is no longer open.

Steve Adelman’s humorous and engaging memoir Nocturnal Admissions: Behind the Scenes at Tunnel, Limelight, Avalon, and Other Legendary Nightclubs (Santa Monica Press) reflects on his years as the director and owner of some of the world’s most popular nightclubs, including the Roxy, Limelight, Tunnel, and Palladium in the heyday of clubs in New York City during the late 1980s and 1990s, followed by Avalon (Boston, Hollywood, NYC and Singapore locations), Spider Club and the New Daisy Theatre in Memphis in the 2000s. This summer look for Adelman to support Nocturnal Admissions as he will embark on a tour that will bring him to Boston, NYC, Chicago, Los Angeles, and more where he will discuss his writings with the theme: Your Life Story Includes Your Nightlife Story, and sign copies of the book.

On July 7, Steve will appear at the Hoyt Library, and discuss how his upbringing in Essexville helped him throughout his career, “Growing up in the Saginaw/ Bay City area certainly had a big impact on my future, sometimes in humorous and surprising ways I could never have imagined,” he notes.