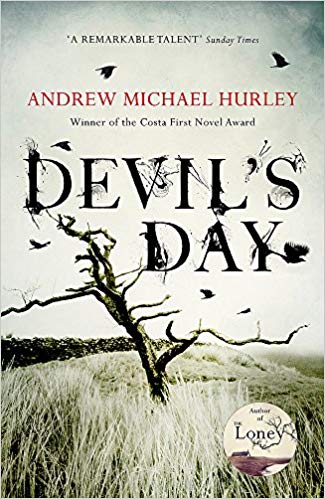 As he does every year around harvest season, John Pentecost is returning to his hometown of the Endlands, a remote farming community in England. This year, he is drawn home earlier than usual when he gets word that his grandfather, the “old Gaffer,” has passed away. Accompanied by his pregnant wife, Kat (who is seeing his hometown for the first time), he finds himself yearning for the rhythm of small-town life. But the rhythm is strange; the land is cold and cruel, and the people are odd. No one believes in God in the Endlands, but they all believe in the Devil, who—as the title might suggest—has his own holiday.

Despite the disquieting gloom of their traditions, John is contemplating moving back to raise their unborn child. Kat is less than enthusiastic about relocating to such a small town. As their stay drags on, the history and traditions of the Endlands are slowly revealed to them, and Kate is increasingly unnerved. Central to her growing dread is the teenage villager Grace, who seems to know more about her than a stranger should.

Devil’s Day is a fascinating Gothic tale: not quite a horror story, but nevertheless unsettling. Recommended for readers who like their scares served with a literary flare.