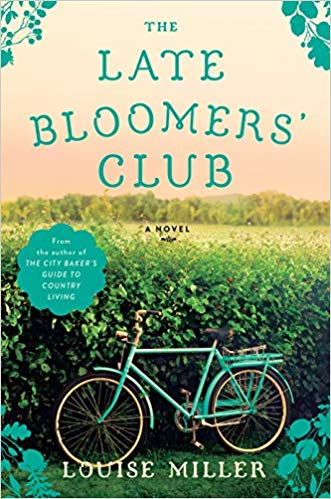 Nora Huckleberry has always tried to be responsible. After her parents died, she took over the running of the family diner in Guthrie, Vermont. She keeps watch over her impulsive younger sister and stays friends with her ex-husband. She doesn’t need the burden of taking over a cake baking business or paying off other people’s creditors, but that’s exactly what happens when her former neighbor lady dies unexpectedly and leaves Nora an executor of her estate.

It turns out no one knew Guthrie’s “cake lady,” Peggy Johnson, as well as they thought they did. In addition to her staggering debts, Peggy’s secrets include the impending sale of her property to a big-box store developer. Nora wants to distrust the representative sent to complete the deal, but when he joins in the search for Peggy’s missing dog, she realizes he may actually be a good guy. What Peggy put in motion is sure to shake up Guthrie – and Nora’s settled way of life – forever.

This charming novel is set in the same location as the author’s The City Baker’s Guide to Country Living, but can be enjoyed on its own.