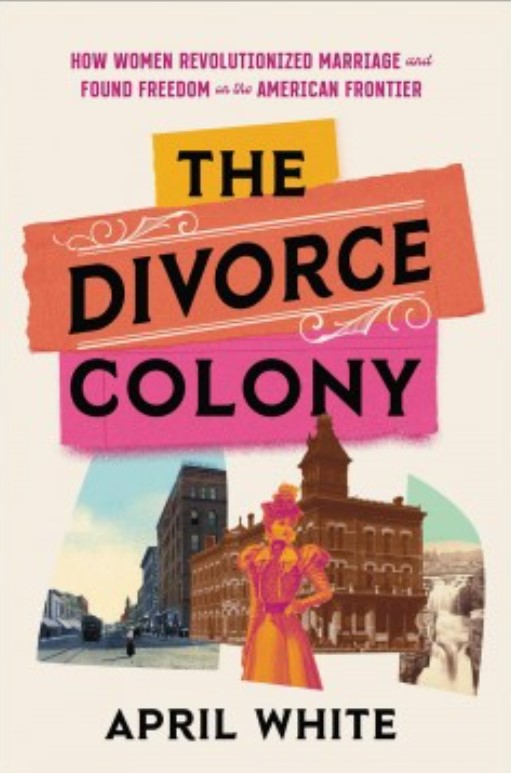 The Divorce Colony by April White

For a woman traveling without her husband in the late 19th century, there was only one reason to take the train to Sioux Falls, South Dakota: divorce. South Dakota required only a 90-day residency before a woman could file for divorce, making it an appealing destination for women from other states with more restrictive laws. In The Divorce Colony, author April White details the stories of four different women who traveled to South Dakota with just that intention. Through her research, White unveils a little known piece of women’s history. This is an entertaining and informative work of non-fiction that brings to light the social and political challenges for women of that era.

For fans of Kate Moore’s The Radium Girls and The Woman They Could Not Silence, April White has written an inspirational page-turner about how women survived and thrived at the turn of the century.