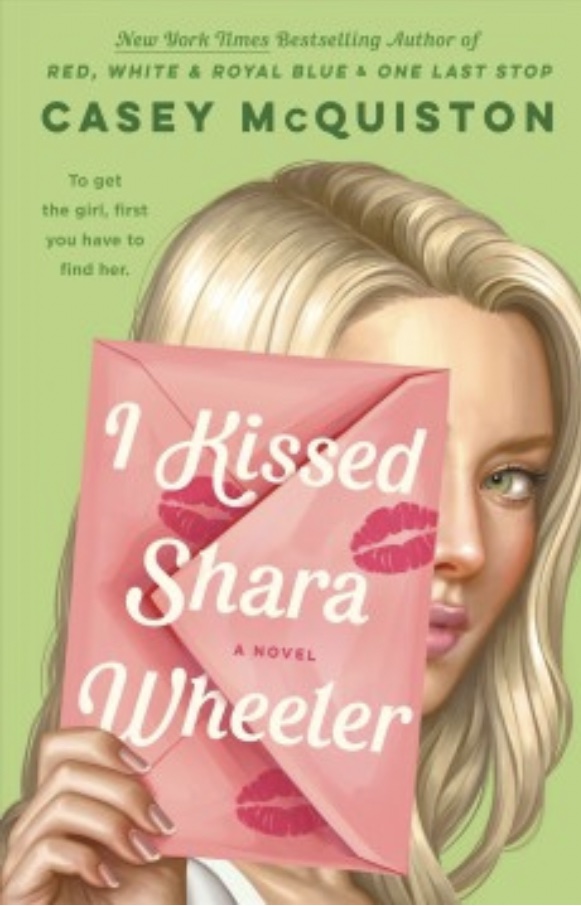 Noticing that it had been on the New York Times Young Adult bestseller list for 15 weeks, I chose this novel to read and review in order to see what exactly gives it its staying power. This is Casey McQuiston’s first foray into Young Adult novels. You may recognize the name due to their smash adult novel Red, White & Royal Blue, which just wrapped up production on a film adaptation.

Chloe Green is openly bisexual and raised by two moms. The family has recently moved back to small town Alabama from California. Chloe is in her senior year at Willowgrove High, a conservative Christian high school, and she survives the pressure cooker environment by keeping her head down and vowing to beat Shara Wheeler, the school golden girl and principal’s daughter, in a race to be Valedictorian. Chloe’s world is turned upside down when, one day in an elevator at school, Shara kisses her, and then disappears. Chloe begins finding pink stationery notes from Shara that contain clues that ultimately lead her to the next note. As it turns out, Shara is also leaving notes for the two other people she has kissed - her steady boyfriend and star of the football team, Smith, and the school troublemaker, Rory, who happens to be Shara’s neighbor and has always watched her and Smith with jealousy.

What ensues is probably my favorite part of the novel: three students from totally different “cliques” that normally wouldn’t have interacted are drawn together in the quest to solve the mystery of Shara’s disappearance. In the process of getting to know one another stereotypes are shattered (maybe jocks aren’t that shallow, maybe troublemakers have a reason for being that way) and surprises emerge (was Rory jealous of Smith or of Shara?) It comes to light that all three are victims, in different ways, of the expectations being placed on them.

Without totally ruining the ending, I will just say that Shara ends up returning, although not exactly the same girl as when she left. And, it’s a feel-good ending.

So, I’m guessing what has given this book its bestseller longevity is the fact that it checks a lot of different boxes. It manages to be both a rom-com and a mystery. It is downright fun to read yet is embedded with a lot of important messages. Namely, that we should take the time to look beyond stereotypes, and that it is often difficult to reconcile personal identity with familial or institutional pressures.