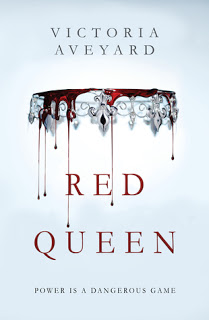 The Red Queen by Victoria AveyardISBN 9780062310637
The Reds are impoverished human commoners ruled by the Silvers, elite warriors with god-like powers.  Mare Barrow, a 17-year-old Red girl from The Stilts, is powerless to change any of that until she meets the underground resistance known as the Scarlet Guard. She soon finds herself working in the Silver Palace, where she quickly discovers that, despite her red blood, she possesses a deadly power of her own -one that threatens to destroy Silver control. The struggle for power is a dangerous game.  And in this world divided by blood, who will win?