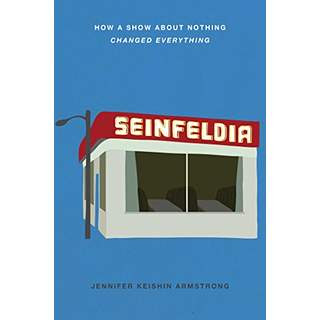 Whether you faithfully watched Seinfeld back in the ‘90s, have caught it on reruns, or have never seen a single episode, chances are you know a few of its catchphrases anyway. Seinfeldwas such a dominant hit, advertising on its 1998 finale cost more than Super Bowl spots that year. The overall success of the show gave NBC the money to diversify, invest in new technologies, and secure long-term rights to the Olympics just before the Internet and on-demand programming bottomed out the market on broadcast TV.

However, the effect of the “show about nothing” on our culture is about more than mere business. Why else would people still celebrate Festivus, a holiday that belonged to one comedian’s family until he wrote an episode about it and introduced it to the world? Or line up to get the autograph of a guy who guest-starred as the Soup Nazi? Likewise, Kenny Kramer once lived next door to show co-creator Larry David, but for the past twenty years, he has been running Seinfeld-themed bus tours of New York City, based mostly on recognition from the character he shares a last name with.

Seinfeldia has taken over our world. This book merely examines how it happened.