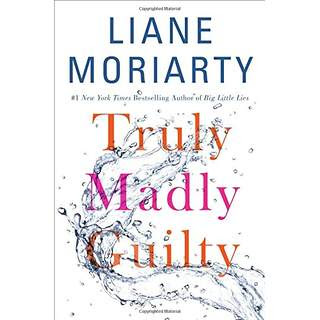 The newest book by Liane Moriarty starts a little slower than her previous two, The Husband's Secret and Big Little Lies.  The two main characters are Erika and Clementine, who have been friends since childhood.  They are very different and it is not an easy friendship.  Erika’s neighbor impulsively invites them and their families to a barbecue.   Something goes very wrong at that barbecue.  Unfortunately, you won’t find out what that is until the middle of the book.   Some might want to peek ahead, especially those with vivid imaginations.  The book would make more sense if it was revealed earlier, since it’s hard to understand why they all feel so guilty.  Like the previous books by this author, the chapters are written from alternating character’s viewpoints.  They also jump back and forth from “the day of the barbecue” and a few weeks later.  It can be confusing at first, but gets easier as the characters’ personalities become clear.  The second half of the book went much more quickly.