All Is Not Forgotten by Wendy Walker 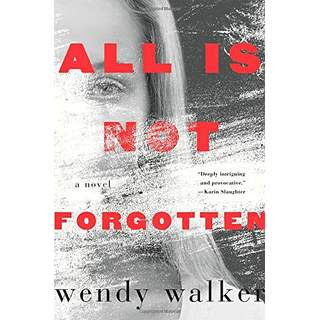 All is not as it seems in the upscale town of Fairview, Connecticut. After being violently attacked at a party, Jenny Kramer, is given a drug cocktail to erase her memory. The hope is that this will allow Jenny, her father, Tom, and her mother, Charlotte, to go on about their lives. But Jenny is left reeling as she struggles with her inability to remember the facts surrounding the attack that left her physically and mentally injured. Jenny isn’t the only one suffering. Her father, Tom, has devoted his life to finding her attacker, but keeps coming up empty-handed. Her mother, Charlotte, is trying to pretend everything is perfect. When Jenny tries to commit suicide psychiatrist Dr. Alan Forrester, who treats Jenny and her family, enters the picture. But will Dr. Forrester help or hurt the situation? This psychological thriller seems to gain strength from the fracturing of Jenny’s family and community leading to a surprising conclusion.