Another Brooklyn by Jacqueline Woodson 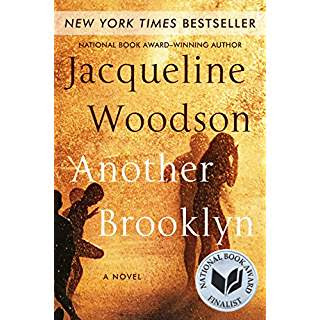 This book is about what it was like to be a girl growing up in 1970’s Brooklyn.  It’s told from August’s perspective as an adult.  She and her brother moved to Brooklyn with their father when they were eight and four.  Their mother was left behind, and August said she would join them “tomorrow and tomorrow and tomorrow.”  They sat at the window watching the street below while their father was at work.  Eventually, they were allowed to leave the apartment and join the kids in the street below.  August became friends with Sylvie, Gigi and Angela.  They were inseparable.  The book is written in short memories.  It skips a little bit, as if August was remembering one thing, which led to another memory…  It’s quick to read and has a dream-like quality.