Gather the Daughters by Jennie Melamed 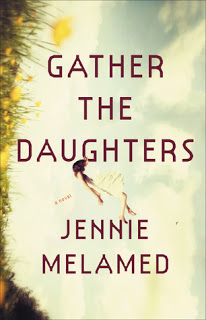 Gather the Daughtersis the haunting debut novel of author Jennie Melamed. It explores the lives of women both young and old in a fictional patriarchal island society in a postapocolyptic America. The island society was founded by a group of male leaders called the wanderers. The wanderers control all aspects of life on the island, controlling access to technology, education, and resources. Female rights are strictly curtailed and summers are the only time of freedom for young girls of non childbearing age. It is during one summer that the young girls begin to rebel against the system that brutalizes and abuses them. Melamed shines when describing the horrifying rituals that surround dating, intercourse, marriage, and childbirth. Her characters are strongly written and relatable. With the renewed popularity of Margaret Atwood’s The Handmaid’s Tale, Gather the Daughtersis both timely and captivating.